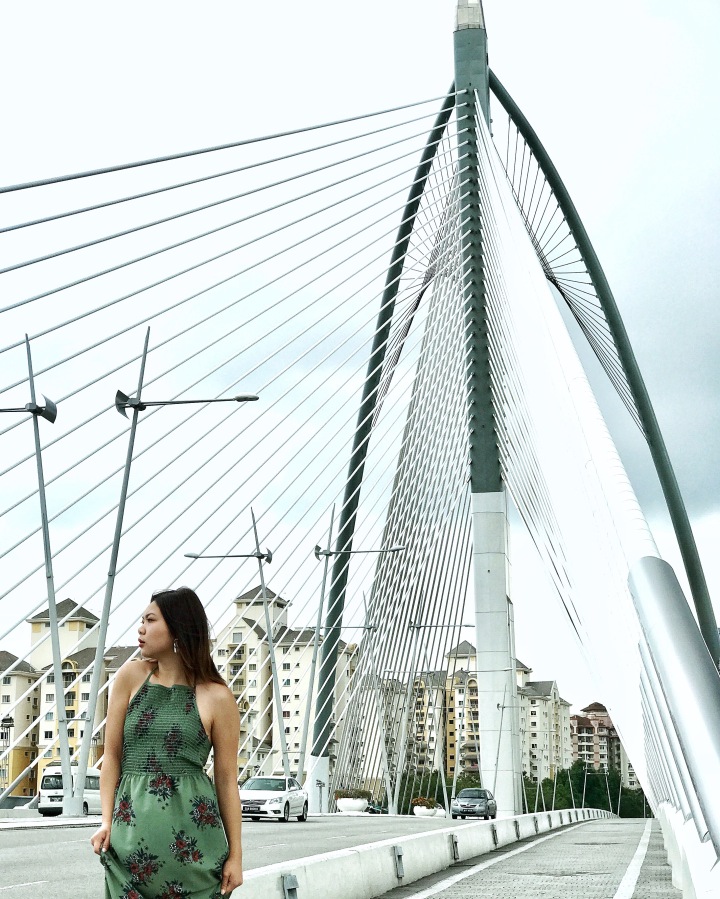 As some of you know, I’ve taken a long hiatus from The Clothing Statement while I was traveling around Southeast Asia. During this time, I’ve visited Vietnam, Singapore, Malaysia, and Thailand. Spending four weeks in four different countries with my parents was something that I never expected to do this summer, but the best things in life definitely come while you least expect it.

In this post, I’m going to be sharing three of the most memorable moments I had while in Southeast Asia. I hope you enjoy my “Travel Tales” and I’ll be back again next week with more new content!

Sentosa is an island off of Singapore’s southern coast. It’s known as “Asia’s favorite playground” because of its numerous attractions such as rides, a giant aquarium, and the infamous Tiger Sky Tower– Singapore’s highest observation deck standing at 360 ft from the ground.

My tour group package included a ticket for everyone to go up to Sky Tower and take photos from an aerial view. We were all super excited to see the entire island of Sentosa and couldn’t wait to get on. The ride went up and up, then stopped just a little below the top. We didn’t think much of it as we were all busy taking photos and pointing out some of the island’s most beautiful sights. But our excitement quickly died down after we realized that we hadn’t moved for an entire five minutes.

As I was the only one from my tour group that spoke both English and Vietnamese, I took it upon myself to ask the Sky Tower employee that was on the ride with us “What’s going on?” He said the ride was stuck because it was experiencing mechanical issues with the battery and informed me that it should only be a little while before it was fixed.

But as time passed on and on the ride had only moved down a few feet at a time, stopping very abruptly with each movement. Some of my tour group members began to panic. At the height of where we were, if the ride were to fall to the ground, all of us would’ve died, or at the very least become extremely injured. The head count went around and with my group, there were 39 people on the ride, four children included. Two people started crying, calling their loved ones on the phone. The Indian family sitting to my left started chanting prayers, crying out for help and protection. My parents and I are the type of people to remain calm during situations like this. We made it our mission to help others calm down as well. I went around and comforted the crying women, my mom started telling jokes and made a lot of people laugh to forget their worries, and my dad reassured everyone that everything was going to be okay.

By this time, three hours had passed. Below, five police cars, two firetrucks, and an ambulance had arrived on scene. We knew the situation was getting more serious with every passing minute. The Indian woman sitting to my left didn’t speak any English, but she grabbed my hand and shrugged her shoulders, indicating that she wanted to ask me what was going on. Using hand gestures, I told her what the Sky Tower employee had just told me, that a rescue team was going to climb up and attempt to bring everyone down, one by one, if the tower couldn’t be fixed. After grasping the situation, she cried and hugged her family members.

The rescue team took 45 minutes to climb up to the top and asked everyone their age and if they were afraid of heights. After seeing how many children there were and how many people were scared of heights, they opted to continue to fix the tower instead of carrying out the rescue mission.

Four hours and thirty minutes had passed. We were finally able to come down from the ride. Getting out of the tower, we were greeted by flashing cameras from various news publications and some of them approached me for an interview, but the representatives from Sky Tower quickly blocked them from getting to me and brought me inside a building to reunite with my tour group.

Although we were stuck for hours on end, the company who owns Sky Tower took my tour group out to eat dinner afterwards and they met us again the following day to issue a formal apology and distributed small gifts. If you would like to see what happened for yourselves, here’s a video of a news report shown in Singapore (you can see me at the 1 minute and 3 seconds mark) and here’s an article from an online news source.

While in Vietnam, I spent the bulk of my time hanging out with my cousin, Linh, and her group of friends. One night, they decided to take me out to a club so that I could experience Vietnam’s night life culture. When we walked in, we were escorted to a table in front, next to the stage. There were various snacks and beer set up for us to enjoy. The DJ was spinning lively music, people were having a good time, and the club’s employees came to our table to drink with us.

The thing about clubs in Vietnam is that they want you to have a great time and spend money on beer, so they have employees that come to pour you more beer, add ice to your glass, keep you company, and dance with you. My cousin warned me right off the bat and said that I should just pretend that I couldn’t speak Vietnamese if any of the male employees came and asked for my name because they would make me drink a lot.

When the club promoters came and asked for my name, I took her advice and pretended to not speak Vietnamese. One of the promoters then switched to broken English and asked me for my name, where I was from, and introduced himself to me. He then left and put a welcome message for us on the screen behind the DJ. The screen read “Welcoming the two hot girls and their friends that just arrived!” Another promoter came and gave Linh and I sparklers to indicate that we were the two “hot girls”. The club-goers all cheered and drank to welcome us to the club. Clubbing in Vietnam is definitely different from in the States, but it was still a lot of fun and I’ll always remember the mischief that Linh and I were up to!

Travel Tale #3: The Most Awkward Taxi Ride of my Life

After shopping one day, my mom and I got into a taxi to go home. My mom suddenly realized that she needed to make a quick stop at a hair supply shop and asked the driver to wait a little while she ran in to buy something. He agreed and together we sat outside waiting for my mom.

After my mom got off and shut the car door, the driver suddenly turns around and asks me where I’m from. I tell him that I’m from America and that I’m here visiting my family. He then explains that he’s a recent college graduate but couldn’t find a job in Saigon so he decided to move back to his hometown and become a taxi driver. We exchanged a few stories and he then asked me if I had Facebook or Yellow (a popular social media app used in Vietnam) I lied and told him that I didn’t. His face became disappointed and he said “That’s too bad. I was hoping we could become friends and talk once in a while”.

Up until that point, I’ve never been hit on by a taxi driver before and I heard it rarely happens in Vietnam, so I was quite shocked. After the rejection, the car then filled with an awkward silence until a song I liked came on the radio and I started to sing along. The young taxi driver then looked back around and said “you have a beautiful voice, please keep singing for me” a bit embarrassed, a thanked him and prayed for my mom to come back quickly. Of course, my mom took forever and a day to return, but she sure had a great laugh once I told her what happened!

Although a lot of things happened and I’ve changed a lot while on this trip, these were a few of the most memorable moments! I hope you’ve enjoyed reading this Travel Tales post. I’ll be back next week with a haul and review of the beauty products I got while I was in Asia. Until then, feel free to subscribe to this blog, “Follow” my Instagram @imhamyhuynh, and “Like” me on Facebook for updates! 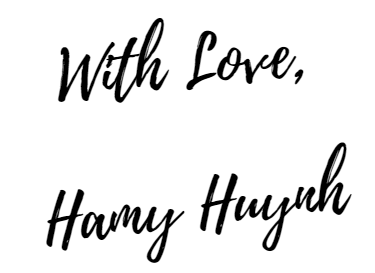